The beginning of a new year and the manner it is celebrated by people from across the globe vary.

Most people today use the modern Gregorian calendar as their reference in determining the commencement of a new year. It is actually a reformed version of the calendar that the early Romans used back in 738 BC.

The New Year in the Gregorian calendar begins when the clock hits a second past 12 midnight. Welcoming it is always marked with loud noises coming from firecrackers, trumpets, and even car horns, and multi-colored lights up in the sky produced by fireworks and pyrotechnics.  Such kind of celebration is traditionally observed by many people.

To the Chinese, they commemorate what is called the Lunar New Year that marks the first new moon of the lunisolar calendars that is traditional to many East Asian countries, such as China, South Korea, and Vietnam.

The Chinese people spend a whole week in celebrating this, usually falling between January 21 and February 20 of each year. Some common traditions include the Dragon Dance and the distribution of red envelopes with money inside. 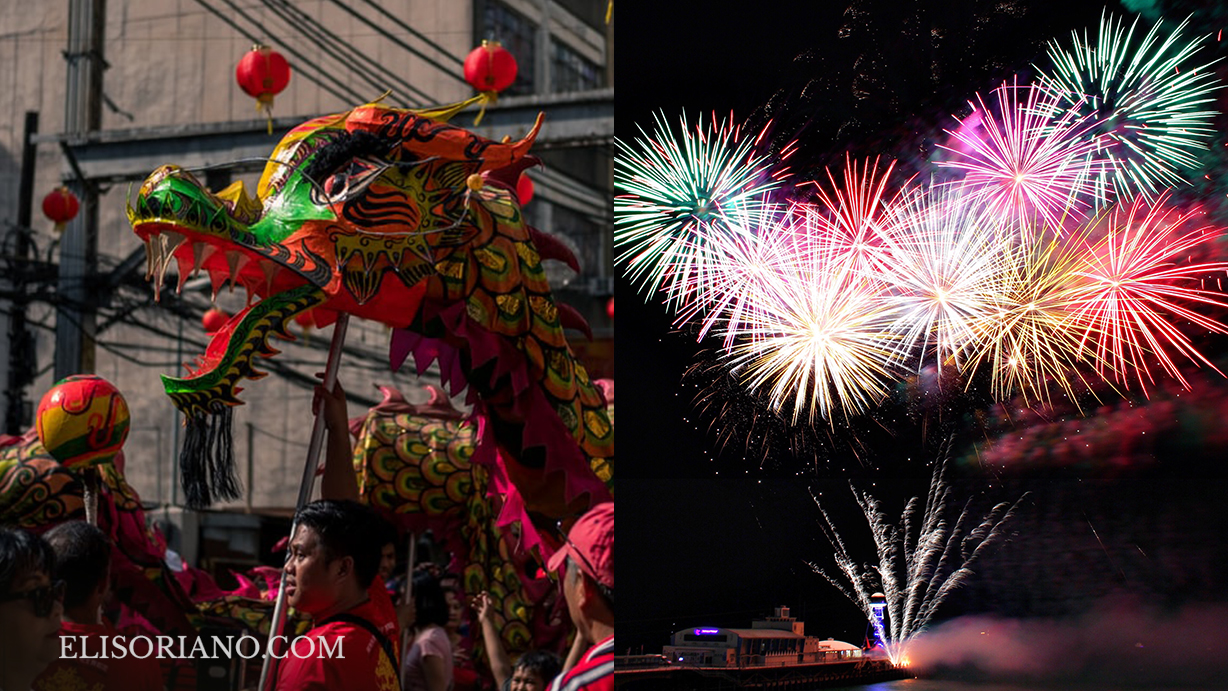 Caption: New Year traditions differ across cultures and races, but a common theme is merry-making and festive explosions.

To the Jews, they honor their new year through Rosh Hashanah, which means “head of the year”, wherein they commemorate the creation of the world based on the Hebrew calendar.

Different from most festive celebrations, this Jewish holiday involves 10 days of subdued contemplation and introspection, and culminates on the Yom Kippur, also known as the Day of Atonement.

International evangelist, Bro. Eli Soriano, wrote about it in his blog and explained that the Church of God, as followers of the Lord Jesus Christ, observe the New Year according to the calendar that Christ used, which was the Hebrew calendar.

As written in Exodus 12:1-2, God gave a pronouncement to the Israelites about the beginning of their year, giving them a basis for their seasons. This was spoken to them before they left Egypt.

“And the Lord spake unto Moses and Aaron in the land of Egypt saying, This month shall be unto you the beginning of months: it shall be the first month of the year to you.” (King James Version)

Caption: The Christian New Year falls on the sunset preceding the first of Nisan of the Hebrew calendar.

Contrary to the aforementioned Jewish New Year that esteems the seventh month of the Hebrew calendar as the genesis of the creation of the world, the New Year that Christians celebrate is the first month of the Hebrew calendar, known as Nisan. Its equivalent in the Gregorian calendar is usually between the last half of March and the first half of April.

The reckoning of time in the Hebrew calendar, Bro. Eli said, depends on the setting of the sun, and not at midnight as it is in the Gregorian or Roman calendar. Thus, the beginning of a new year for Christians takes place at sundown welcoming the first of Nisan.

The year 2021 translates to the year 5781 of the Hebrew calendar, while the first of Nisan fell on the 14th of March. The date coincided with the Members Church of God International’s weekly Thanksgiving event, which, since last year’s Covid-19 Outbreak, has been held virtually.

Caption: Prior to Covid-19 restrictions, the Members Church of God International celebrated the Christian New Year by gathering at coordinating centers and singing songs of praises and thanks to God. (Source: Photoville International)

Because of MCGI’s strict adherence to what is written in the Holy Scriptures, the Christian New Year is welcomed by the brethren with songs and prayers dedicated to the Almighty, remembering the past year filled with His deliverance and guidance for the whole Church.

“Make a joyful noise unto the Lord, all ye lands. Serve the Lord with gladness: come before his presence with singing.” (Psalm 100:1-2, King James Version)

“For each day that God gives us, we should offer Him thanks,” MCGI Servant Bro. Daniel Razon said during the Saturday gathering.

A highlight of MCGI’s Christian New Year was the congregation’s thankful celebration for the Church’s over 8,000 new members. This was following the series of online Mass Indoctrination sessions held from February 22 to March 11.

This marked the first indoctrination and baptism events held by MCGI since the temporal rest of Bro. Eli Soriano on February 11.

Bro. Eli served the congregation and propagated the words of God for 56 years. MCGI believe that Bro. Eli, with God’s help and mercy, had left them sufficient materials to continue the evangelization works he started and had taught them much wisdom about life and their service to God — including the biblical and Christian way of celebrating the new year.